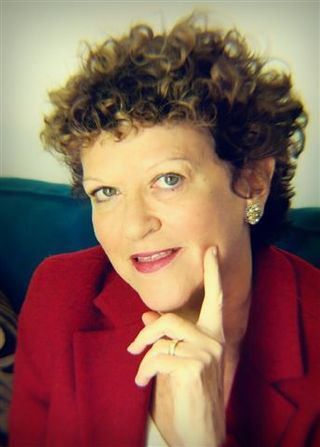 Hello! I'm a playwright and author. As a playwright I've had the pleasure of seeing my work performed in New York and throughout the U.S. and to have been a finalist in the Eugene O'Neill National Playwrights Conference. My award-winning 10-minute play, She & He toured nationally and became a short film starring Anita Gillette. Pinochle & Roses was produced on Theatre Row. Other plays include award winning Ghost Mommy about a biracial lesbian couple in 1970s Brooklyn who want a baby. Inheritanceis a black comedy about an unusual family returning home for a reading of their father's Will. In 2012, believing that talent has no expiration date, director Benno Haenel and I became founding artistic directors of The Prism Stage Company, a 501(c)3 not-for-profit company. Our mission is to provide a venue for professional playwrights, actors and directors past 40.

I co-authored two works of nonfiction, Raised by the Church with Edward Rohs, published by Fordham University Press, and Midlife: A Manual with Dr. Steven Estrine, published by Element Books.

Prism Stage Company
"Because talent has no expiration date"

Raised by the Church
The extraordinary experiences of one boy raised in five Catholic orphanages in postwar New York.

Inheritance
Three sisters come home for the reading of their father's Will. Cocktail chatter turns to a donkey cheese empire, incursions by the Albanian mafia, jewel theft, fracking and time spent behind prison walls. And then there's the gun . . .

Midlife: A Manual
A practical guide for baby boomers that addresses major challenges.